So almost a month and a half ago I mentioned I’d ordered something that I hoped would make drawing on my computer less painful. That thing is a Thinkpad X200, which is essentially a laptop with a Wacom tablet glued to the screen. Like the models Lenovo has been pushing since Windows 8 was released, It’s nice and easy to get the keyboard out of the way when you just want to use the screen. They’ve actually been building machines like this for a while however. I got this one refurbished off of Ebay for around $200.

It took about three weeks to get here, at which point I discovered that it didn’t include the stylus (it was supposed to). I made a token effort to contact the seller, and left some vaguely-annoyed negative feedback when they didn’t respond. Here’s the thing: it isn’t a touchscreen, it’s a drawing tablet, and you need the stylus to use it. I ordered a replacement stylus, which just came today. It has been a month and a half since I ordered this machine, and now I can finally actually use it. Here is a picture of a happy person: 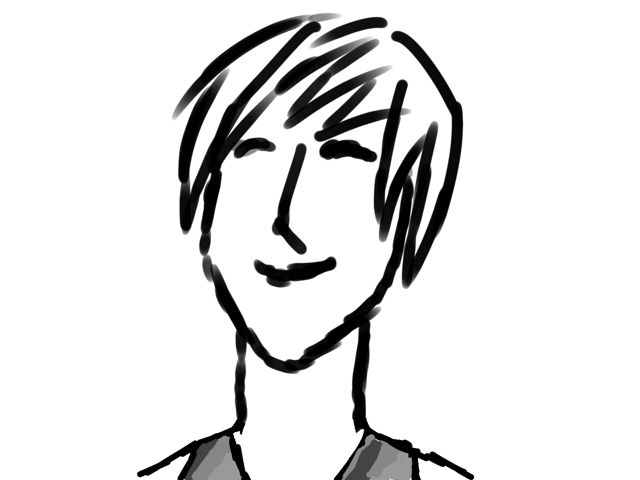 I am also a happy person.

The stylus shipped from China, and on the packaging, between my street address and the “Boston, MA…” part of my address, there’s a line that just says “null.” There has to be a fun story there.