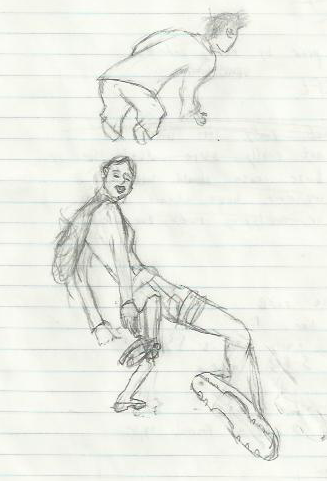 The one at the bottom is drawn from one of the photos here. The perspective on it was absolutely amazing, but I don’t think I really captured it. Also, she’s leaning further back in my rendering than she’s supposed to.

I’ve been slacking on the drawing thing, trying to start up again.

In other news, Livejournal is blocking the test instance of Iron Blogger 2, which is why Damien’s posts aren’t showing up. I’ve contacted them about it; hopefully we can sort this out soon. I’ve also put in a patch that sets the user-agent string to something useful, which will probably make it look less like a spam bot.